While Santa traveled the earth on Christmas Eve, mom and dad had to rush little Angelina to the hospital because of a sudden fever caused by her last chemo treatment. Worried they wouldn’t spend Christmas morning in the warmth and comfort of their own home, they bought a second, smaller tree–dazzled with its own lights and decor (much like the one from A Charlie Brown’s Christmas special) for their hospital room.

Just before night fell on Christmas eve, doctors gave the family the okay to go home. After hearing the great news, Angelina’s brother Gio (who was staying with an uncle) was more enthusiastic than all of Santa’s dancing elves combined.

Luigi, Diana, Gio and Angelina got to enjoy one another together at home, and that is a splendid gift to have during this still difficult season in Angelina’s life.

Physically, little Angelina has been seriously weak, as the chemo has struck a hard blow to her immune system. Mom and dad have had to allow only  a few visitors at a time, and even they have been required to sanitize themselves before hugging the family, especially Angelina.

Thankfully, an EKG test performed on Thursday, December 29, revealed that the chemotherapy has not negatively affected her little heart. An audiology test, though, showed she had moderate hearing loss in both ears due to certain chemo she received.

She will need hearing aids.

Although feeble and delicate–even in speech–Angelina stays positive through it all. Although she can’t necessarily jump around laughing at her brother’s jokes, she giggles from the couch with new Christmas gifts in hand.

Doctors intend on surgically removing Angelina’s tumor within the next two weeks. After this, she’ll undergo at least one more round of chemo, the return of her stem cells (taken from her at the beginning this horror), two weeks of radiation and her immunotherapy–a painful treatment that will require a morphine drip.

THANK YOU ALL FOR YOUR CONTINUED SUPPORT. WE WILL NEED IT EVEN MORE IN THE MONTHS AHEAD.

AND WE REALLY WANT to DANCE WITH YOU ALL AT THE DINNER DANCE! BE THERE!

Error: Twitter did not respond. Please wait a few minutes and refresh this page. 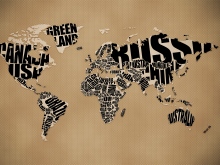